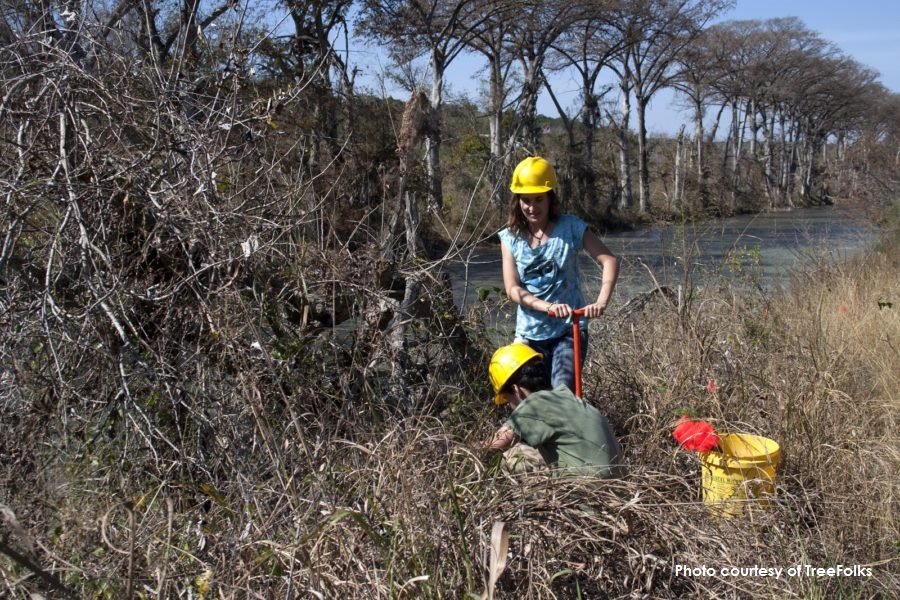 The western half of Travis County, home to the city of Austin, is famous for its Hill Country vistas, limestone canyons and cypress-lined rivers and streams. However, the eastern half of the county is often overlooked – it sits on the coastal plain and is dominated by fast-growing suburbs, cotton fields and pastures that have largely replaced the native prairies.

The creeks in the eastern part of the county have long been neglected too – stripped of their tree cover and the roots that hold their banks together, many of these streams are now little more than eroded gullies that scar the land. However, help is on the way: thanks to the nonprofit TreeFolks and other organizations, thousands of trees are being planted on private land in an effort to turn these streams into the vibrant ribbons of green that they once were.

The buffer areas along our streams, also called riparian zones, are critical wildlife habitats and trees play a central role in the lives of many of the fish and wildlife species that live there.  The overhanging branches of the trees shade the streams and cool the water, preventing evaporation and increasing vital oxygen levels. The trees also provide food and cover for wildlife, reduce silt and nourish the soil. Wooded streambanks also serve as sheltered corridors that connect fragmented wildlife habitats. 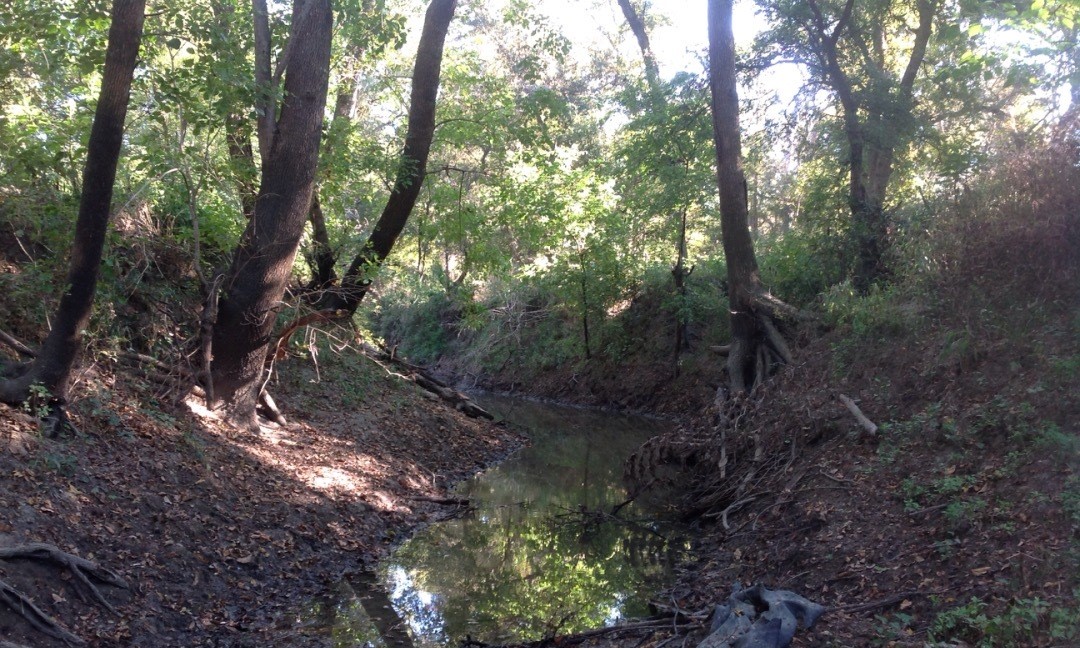 A healthy stream with tree cover. This is the kind of riparian area that groups like Treefolks are helping to create by planting trees alongside waterways.

Ana Gonzalez is an environmental scientist with the Stream Restoration Team in the Environmental Resource Management Division of the City of Austin’s Watershed Protection Department. Ana recounts that her colleagues were studying the conditions of the streams in eastern Travis County and were dismayed to find that the creeks were in much worse condition than they had expected. Erosion had separated many of the streams from their natural flood plains and there was a severe lack of protective tree canopy. Intervention was needed and they reached out to TreeFolks. 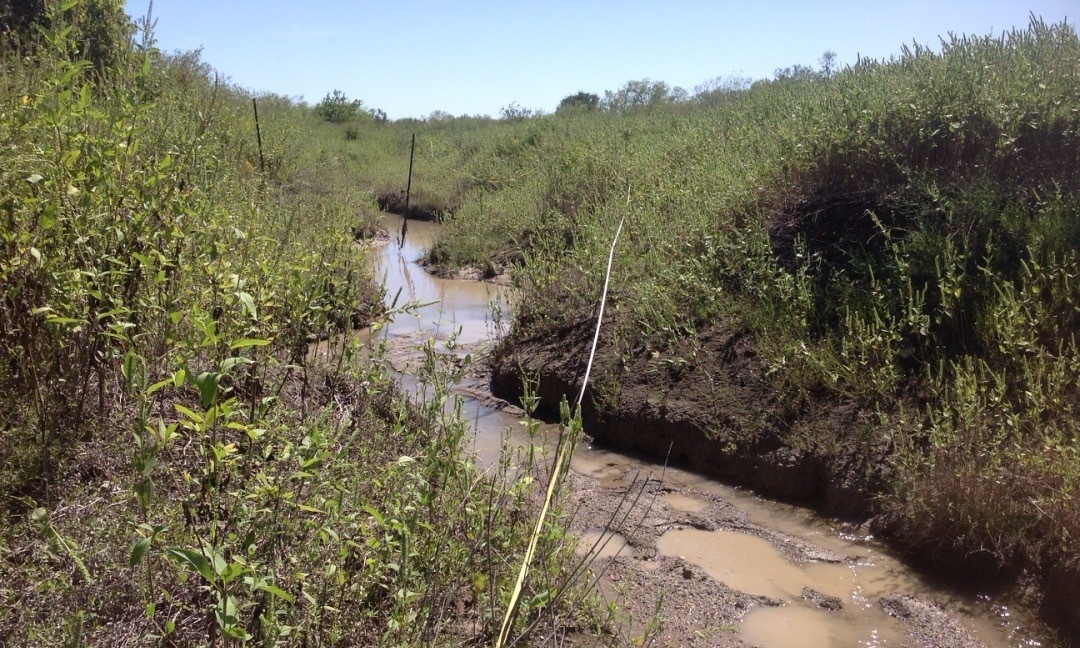 An example of degraded creek that is suffering without a protective tree canopy.

Help is on the way – and misinformation is being corrected

Thaïs Perkins, TreeFolks’ executive director, notes that, “Many of the streams in eastern Travis County were stripped of their trees in the mistaken belief that the trees were depriving the streams (and livestock) of water. In fact, studies show that trees have benefits to both water quality and water quantity. Their roots help filter pollutants out of the stream and they mitigate flooding by taking in water and then slowly releasing it back into the stream helping to maintain steady rates of flow.”

One thing that trees do soak up is carbon – the driving force behind the climate extremes we have been experiencing. Eligible landowners who participate in the tree planting effort will not only receive free trees, free planting services, and consultations as part of the program, they will be offered the opportunity to participate in a carbon credit program if they choose to do so.

Landowners interested in participating in the tree planting program can apply online: https://www.treefolks.org/travis-county-floodplain

The Travis County Floodplain Reforestation Program is a collaborative effort between TreeFolks, the City of Austin’s Office of Sustainability and Watershed Protection Department, Travis County, and City Forest Credits.

Dismembering Texas rivers: Is your arm of a river protected?