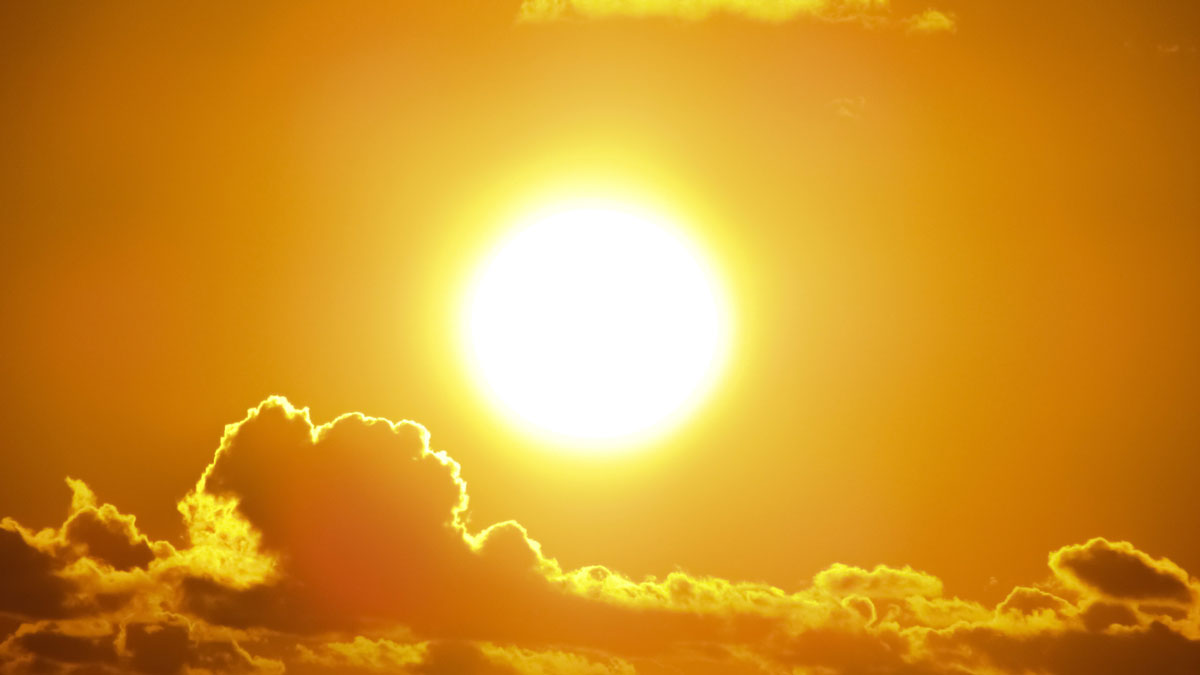 Much like the old saying about life, weather is just one damn thing after another.  It’s sunny, then it rains.  It’s windy, then calm.  It’s a drought ended with a flood.  And on and on.

In Texas in the summertime, imagine how bad things would be if we had the same weather day after day!

At first, that might not seem so bad.  If you have something planned for a certain day, you might want that day to be bright and sunny.  And if every day is bright and sunny, well then there’s nothing to worry about! Alas, Texas needs rain during the summer, too.  Rivers, streams, lakes, stock tanks, plants, animals… all need rain.  Humans need rain, too, but our needs are not quite so urgent.  We’ve developed the ability to capture and store water and save it for a (not) rainy day.

Nature can even fall into an ugly little feedback loop.  Lack of rain during the summer allows the soil to dry out quickly, which in turn lets the ground get hotter.  Then the air gets hotter and drier, which makes it less likely for thunderstorms to form and produce rain. 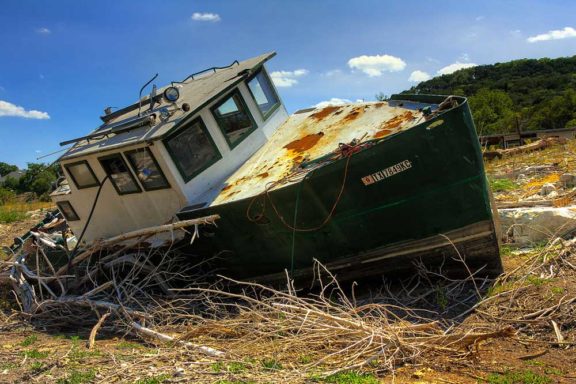 Stranded boats like this one were a common sight during the 2011 Texas drought. Photo: Erik A. Ellison for Wikipedia Commons

The worst case scenario (or something close to it) was 2011.  By the end of June, eight of the previous nine months had seen below-normal rainfall, and temperatures were already hot.  Then they got even hotter as the lack of rain continued.  Some stations in Texas hit the double-triple: at least 100 days reached at least 100 degrees.

The opposite extreme happened in 2002.  After a dry start to the year, San Antonio had received only eight inches of rain, compared to a normal of 16 inches.  Then, in late June and early July, it rained.  And rained.  A week later, after widespread flooding in south-central Texas, San Antonio’s total was up to 25 inches.  As a result, daytime highs in the rest of July were about 5 degrees milder.

It’s too soon to tell whether this year will be more like 2002 or 2011, but both scenarios are possible.   Recent months have been fairly dry across most of Texas, and the dryness extends back a year or more in parts of central and west Texas.  Temperatures have recently been unusually high, too, partly caused by the lack of rain prior to May and partly because of the lack of clouds and rain during May.  By the second week of June, Texas was on track to have its third-warmest May and June on record, behind 2011 and 1953.  May was the second-hottest May ever, and the jump in temperature from April to May had never been so large.

So far, that sounds a lot like 2011, but a change may be in the offing.  Much like 2002, the computer weather forecasting models are showing the possibility of an extended influx of tropical moisture and wet weather toward the latter half of June.  If the wetness materializes, soil moisture would be replenished and temperatures would calm down.

Seasonal precipitation forecasts, by the way, are no help.  That great alterer of seasonal weather patterns, El Niño, mainly affects our weather in the wintertime.  So aside from helping to make this year’s hurricane season most likely more benign than last year’s, El Niño and La Niña don’t offer us any clues for summer rain.

Atlantic Ocean temperatures seem to affect our summertime rains, but mainly on a decade to decade basis; individual years are just too variable.

Temperature is a lot easier to forecast.  (Well, okay, they’re both easy to forecast, but only with temperature do you have a reasonable chance of forecasting correctly.)  This is because of the warming trend experienced across all of Texas in the past few decades, closely linked to global temperature increases.  So just about every year, the summer temperature forecast is for enhanced chances of above-normal temperatures.  And indeed, for the past decade, every Texas summer has been warmer than the twentieth century average.

About the only way we can get summer temperatures below normal is if precipitation is well above normal.  That’s happened three times this century, in 2004, 2007, and 2017, and the (Harvey) rains in 2017 came too late to affect average summer temperatures. 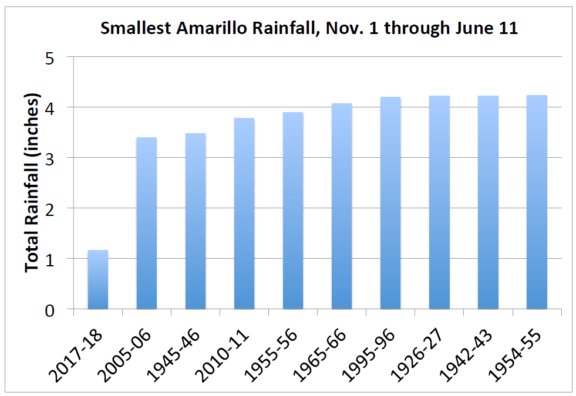 OK, so we want plenty of variety this summer.  Lots of sunny days, but a decent amount of rain, too.  Not enough to cause lots of flooding, but enough to keep temperatures on the mild side and keep plants green.  Enough to short-circuit a really hot summer before it has a chance to kick into high gear.  And just the right amount to give us some beautiful Texas sunsets.

That’s what we want.  This being Texas, we know the weather probably won’t cooperate.  But we can hope and pray.

John Nielsen-Gammon been on the faculty at Texas A&M University since 1991.  He is currently a Regents Professor of Atmospheric Sciences and also serves as the Texas State Climatologist.  He graduated from the Massachusetts Institute of Technology, receiving a Ph.D. there in 1990.  He does research on various types of extreme weather from droughts to floods, as well as air pollution and computer modeling.  As Texas State Climatologist, he helps the State of Texas make the best possible use of weather and climate information, through applied research, outreach, and service on state-level committees.   He is a fellow of the American Meteorological Society.

Rebuilding Houston: Considerations for communicating flood risk to the public