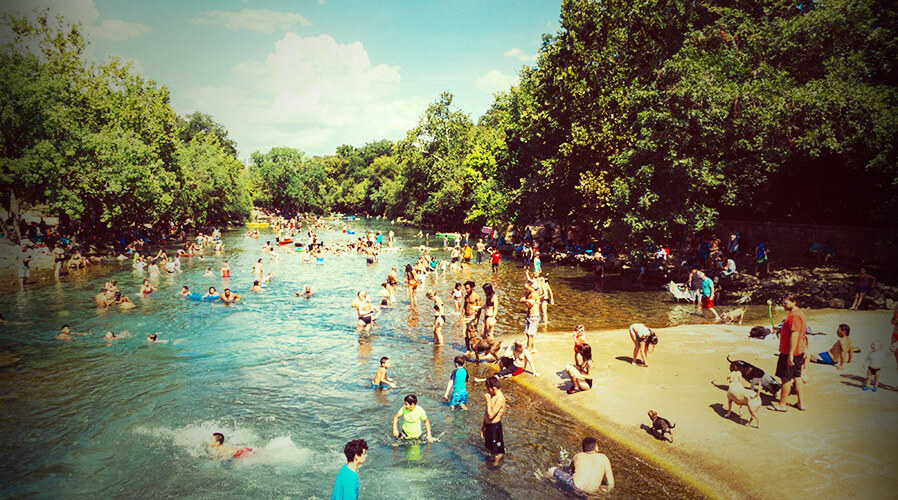 Imagine a Texan Day Without Water

Today we join the US Water Alliance to #imagineadaywithoutwater. What would the Lone Star State be like without water? Let’s just say it would most definitely MESS with Texas. Water has, in many ways, made Texas what it is today.

Not convinced? Let’s take a Texas-sized step back in time, oh say 65 million years ago. West Texas and the Panhandle are under water. Guadalupe Peak and El Capitan are flourishes in a 400-mile coral reef and El Paso is a dark ocean trough. Yes, at this point most of Texas IS water.

Then, in a tectonic shift with a name worthy of an Elmer Kelton character, the Laramide Orogeny begins to push what will eventually become the Rocky Mountains up out of the sea. As the West Texas sea withdraws eastward, it lays the groundwork for a future, frenzied, modern state.

Yes, it only took us a few prehistoric sentences to get to oil. The story of Texas tea doesn’t begin with the opening shot of There Will Be Blood, it doesn’t begin with Spindletop in 1901. It starts way back here with ‘ol Laramide Orogeny and the receding late-Cretacean sea.

The truth is, oil and natural gas are buried all over Texas because of water. The warm waters of our strange Guadalupian sea sustained an almost unfathomably large, teeming mass of organic life that would eventually decay into the fossil fuels that pump through every corner of our modern economy.

But that’s not all Laramide left us with. The receding water deposited vast stretches of limestone. The bright white stone not only provided building material for the Alamo and every new upscale strip mall in Central Texas, its permeability allowed water flowing down from the newly-formed western mountains to reach—or even carve out new— subterranean pockets shut off from the sun’s evaporating glare.

We’ve come to call many of these caverns aquifers. We’ve driven pumps into them, we’ve set-up diving boards and campgrounds wherever their waters reach the surface, we’ve established a land of ranches, farms, & cities of millions who depend on them for life.

As we imagine a day without water, let’s take a minute to remember the foundational, formational #valueofwater right here in Texas.

This legacy of eons is at stake over the next few short decades. We’re on the precipice of overdrawing our aquifers. We’re burning up the dregs of those Permian fossils. As climate change accelerates, we face a century of deeper, longer droughts and inundated, unstable coastlines.

It will take concerted action fueled by informed policy for us to keep Texan water flowing in its most life-giving, non-destructive forms.

For more on the story of Texas water & what you can do to help shape it, check out our Deeper Dives and Action Center. And don’t forget to take a look at imagineadaywithoutwater.org to track all of the day’s events and resources. 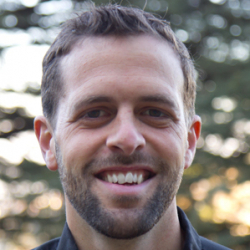