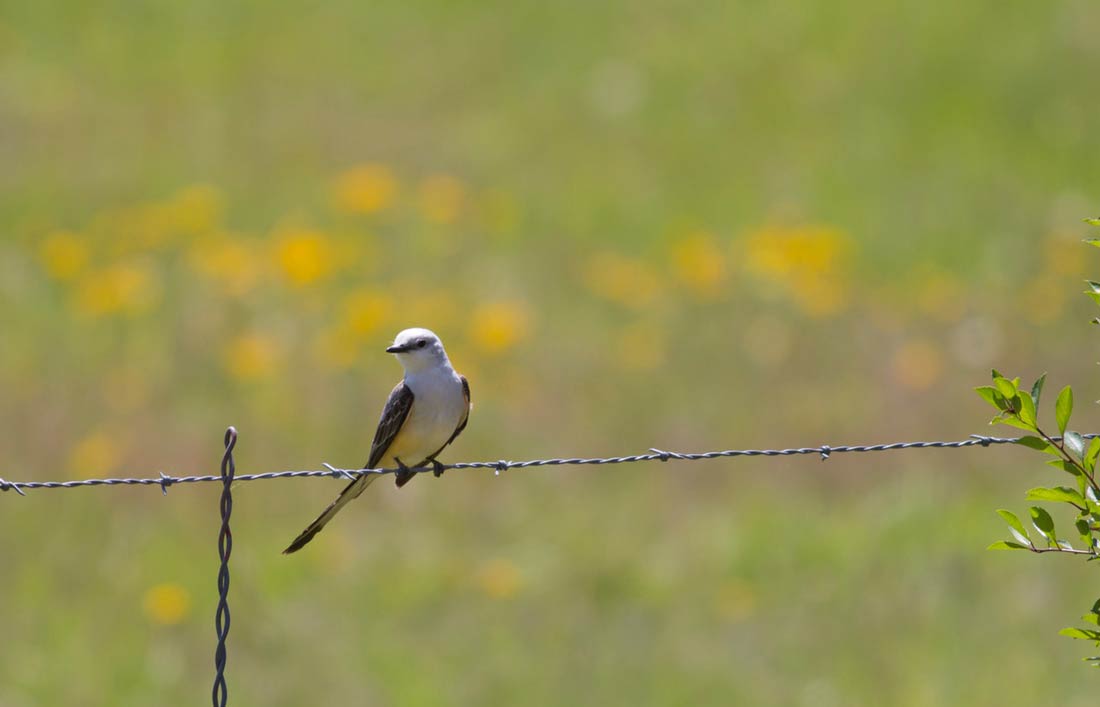 Rebuilding Houston: About the series

This series features perspectives from Houston and the coast about how the region could move forward after Hurricane Harvey in ways that favor wise financial investments, public safety and the long-term health of our state’s rivers, bays and wildlife. The authors are Houstonians who have long advocated for innovative, nature-based approaches to development, as well as storm surge and flood mitigation, in the greater Houston area.

Also in this series: Natural drainage systems are an important tool after Hurricane Harvey

Located just to the west of Houston, the Katy Prairie was once part of a vast network of coastal prairies encompassing nine million acres along the coasts of Texas and Louisiana. Today, the Katy Prairie is home to grassland birds, migratory ducks and geese, bobcats and deer, among many other animals, as well as diverse botanical species, some of which are designated as endangered.

These lands also embody the agricultural and ranching heritage of southeast Texas, and include the 6,000-acre Warren Ranch, which has been in continuous operation since the 1870s. The prairie is also a means of connecting Houston to a landscape that, in some pockets, remains much as it was during the state’s first days as a colony and republic, and which the National Audubon Society named a Global Important Birding Area in 2012.

But a little recognized attribute of this sea of grasses is its ability to hold water.

Since 1992, when the Katy Prairie Conservancy (KPC) was formed, the Houston region has lost more than half of its coastal prairie acreage and, from 1997 to 2010, 30 percent of its wetlands – land features that hold water and help reduce flooding.  To date, KPC has protected more than 20,000 acres of the Katy Prairie – much of it converted croplands and pasture, intermingled with remnant prairie and natural wetlands. While this assemblage of open space constitutes the largest prairie preserve in the state of Texas, its ability to absorb water is remarkable to begin with, and even more prodigious still when restored as tallgrass prairie interspersed with depressional wetlands.

Prairie lands buy us time.  Restored coastal prairie holds water and slows water travelling downstream.  In catastrophic flooding events, this time is essential.  It’s the time needed for water to drain, for the sun to come out, and for flood-prone residential and commercial areas to dry out.  Even if waters are only held back for a day or two, this makes an enormous difference. During the Tax Day Flood of 2016, parts of the Katy Prairie were under three to five feet of water. While the prairie held back those waters for anywhere from two to five days, the wetlands – which were essentially dry before the Tax Day Flood – retained their water for weeks.

Existing wetlands are one of many important tools in the watershed management toolbox, and the Katy Prairie wetlands are an exceptional instance of that particular tool. They should be respected and preserved for their contribution to watershed management in the Buffalo Bayou and Cypress Creek watersheds as well as for their value as wildlife habitat and recreation. KPC has already restored more than 3,000 acres of wetlands on its preserve system – providing ideal habitat for migratory waterfowl while also helping to hold back floodwaters. 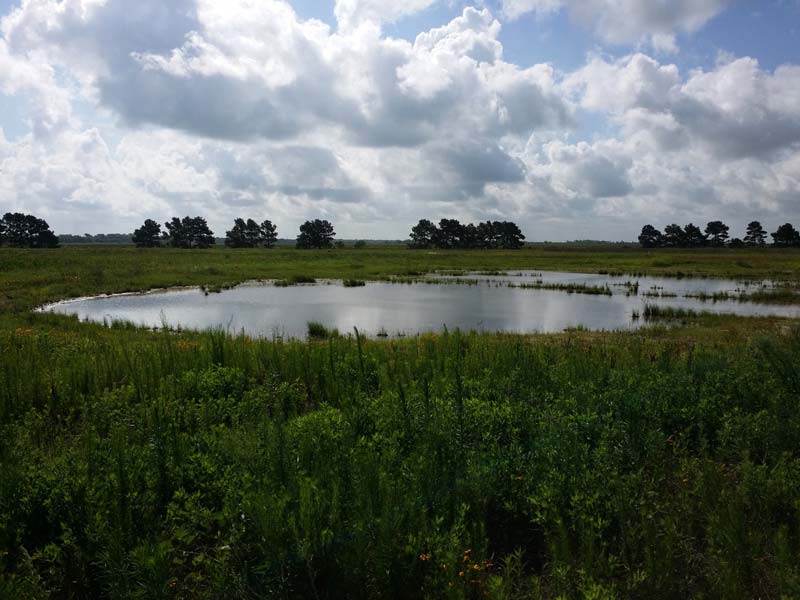 The restoration of tallgrass prairie increases the amount of organic matter in the soil, which leads to deep root systems and increased soil porosity, all leading to increased water holding capacity.  The Natural Resources Defense Council estimates that every one percent increase in soil organic matter results in the soil holding an additional 20,000 gallons of water per acre. While much of the Katy Prairie has been converted to agricultural use over the last 100 years, the KPC is working to restore tall grasses where appropriate as an ecologically and hydrologically beneficial “last crop.” Furthermore, field tests have shown that restoring native prairie vegetation significantly increases infiltration of water into the underlying soil, thereby decreasing water runoff and flooding downstream.  The prairie vegetation on the surface also helps slow down floodwaters as they move across the land surface.

There are of course limits to the flood reduction ability of even a dramatically expanded and extensively restored Katy Prairie preserve system. But such an undertaking can serve as a demonstrably sustainable and economically efficient means of contributing significantly to a balanced regional flood management regime.  What’s more, land conservation can be implemented in an expeditious and comparatively inexpensive manner, without degrading the environment or even requiring environmental impact analysis, since conservation and restoration, accompanied by diligent stewardship, is a categorically benign intervention.  In other words, it’s simply a matter of doing what comes naturally and sensibly.

We welcome a plan that takes the continued viability of the values and benefits of the Katy Prairie into account.

Texas has an epic story to tell about water conservation