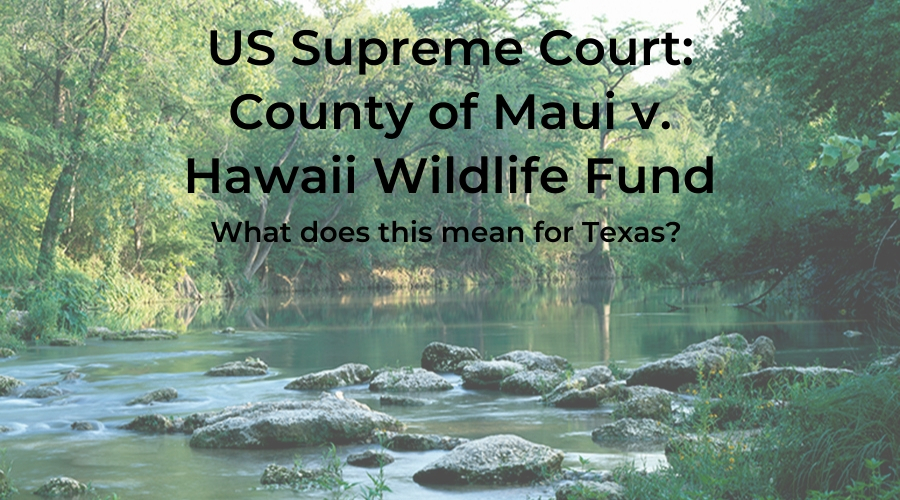 Not too long ago in our Nation’s history, waterways across the United States were in critical condition. Mounting environmental consciousness in the late 1960’s coupled with catastrophic events, such as the 1969 Cuyahoga River fire, led to major amendments to the Federal Water Pollution Control Act of 1948. These amendments, made in 1972, are now referred to as the Clean Water Act (CWA).

Congress’s intent in creating the CWA was an unambiguous response to the environmental concerns of the day — to “restore and maintain the chemical, physical and biological integrity of the Nation’s waters.” To make the importance of this clear, Congress even included a “citizen suit” provision, allowing citizens to sue for violations of the CWA when the government fails to enforce it.

In order to restore and maintain the integrity of the Nation’s waters, the CWA made it illegal to “discharge” a “pollutant” from a “point source” into a “navigable water” without a National Pollutant Discharge Elimination System (NPDES) permit. Each quoted term was further defined within the Clean Water Act – and numerous legal fights over those definitions have continued ever since the Act’s adoption.

A recent opinion from the United States Supreme Court, County of Maui v. Hawaii Wildlife Fund, provides guidance on the significance of the phrase “from a point source” in the CWA.

In this case, the County of Maui’s wastewater reclamation facility collected sewage, partially treated it, and then pumped it into underground wells. This partially treated sewage seeped into groundwater and traveled over half a mile before discharging into the Pacific Ocean, which is a navigable water – causing harmful algal blooms and disruption to the delicate ocean ecosystem.

Environmental groups including Hawaii Wildlife Fund, sued the County of Maui using the citizen suit provision, claiming that Maui’s failure to have a NPDES permit authorizing the discharge violated the CWA. These environmental groups argued that the CWA applies as long as pollution is discharged from a starting point or origin of a point source, even if it subsequently travels through groundwater before reaching a navigable water. These events are considered “indirect discharges” because after leaving the point source, the pollutant travels through a nonpoint source (in this case groundwater) before discharging into a navigable water.

Luckily, the County of Maui’s argument did not hold water. Instead, the Supreme Court held that the CWA applies to indirect discharges as long as they are a “functional equivalent” of a direct discharge from a point source into a navigable water.

Whether an indirect discharge is a functional equivalent of a direct one will have to be determined on a case-by-case basis. However, the Court gave some important guidance on what may be considered a functional equivalent of a direct discharge. The Court explained that an easy example of when this test will be met is when a pipe (point source) ends a few feet from a navigable water so that the pollutants travel briefly through groundwater, which then quickly reaches a navigable water. By comparison, a permit is likely not needed where the point source discharges pollutants into groundwater 50 miles away from the navigable water and where it takes “many years” to reach the navigable water. The hard cases will come somewhere in between.

The Court also provided examples of some factors that may prove relevant in determining whether an indirect discharge is “functionally equivalent” to a direct discharge. These factors include:

The Supreme Court has maintained the integrity of the CWA by rejecting the County of Maui’s argument that indirect discharges are categorically not covered by the CWA. In doing so, the Court invalidated an EPA interpretation of the CWA published in 2019, which stated that “the [CWA] is best read as excluding all releases of pollutants from a point source to groundwater from NPDES program coverage and liability . . . regardless of a hydrologic connection between the groundwater and a jurisdictional surface water.”

It will take time to apply this new test and establish clear patterns of when an indirect discharge will pass the “functional equivalent” test. However, we are optimistic that this test will help protect waterways in the Texas Hill Country. This region is home to multiple aquifers with high groundwater transmissivity (referring to the rate of movement of groundwater through an aquifer) which feed into rivers and other “navigable waters” through springs. We believe that because of these characteristics, indirect discharges that move through aquifers in this region have a good chance at standing up to the “functional equivalent” test.

By following the “functional equivalent” test laid out under County of Maui, we can help ensure the health of waterways are not impaired by indirect discharges in Texas!

What other examples do you think will pass the Supreme Court’s “functional equivalent” test? Do you have any stories of indirect discharges where you think County of Maui may apply? 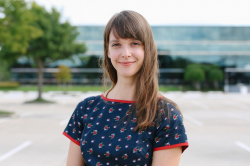 Danielle Goshen
Water Policy & Outreach Specialist at Galveston Bay Foundation
Danielle joined the Texas Living Waters Project in August 2019. Her interest in environmentalism and curiosity on how natural systems function inspired her to attend the University of Toronto for her undergraduate degrees in environmental geography and environmental studies. Later, she continued her studies at the University of Georgia School of Law. During that time, Danielle interned at the Environmental Protection Agency’s Region 4 office and served as a Georgia Sea Grant Legal Fellow working on coastal resiliency projects. Danielle enjoys playing competitive sports with friends and going on outdoor adventures with her dog, Bozeman.

Big Opportunities Lie Ahead for Green Infrastructure in Texas

Planning for Our State’s Water Future in the Midst of a Pandemic – You Have a Unique Opportunity for Your Voice to Be Heard!