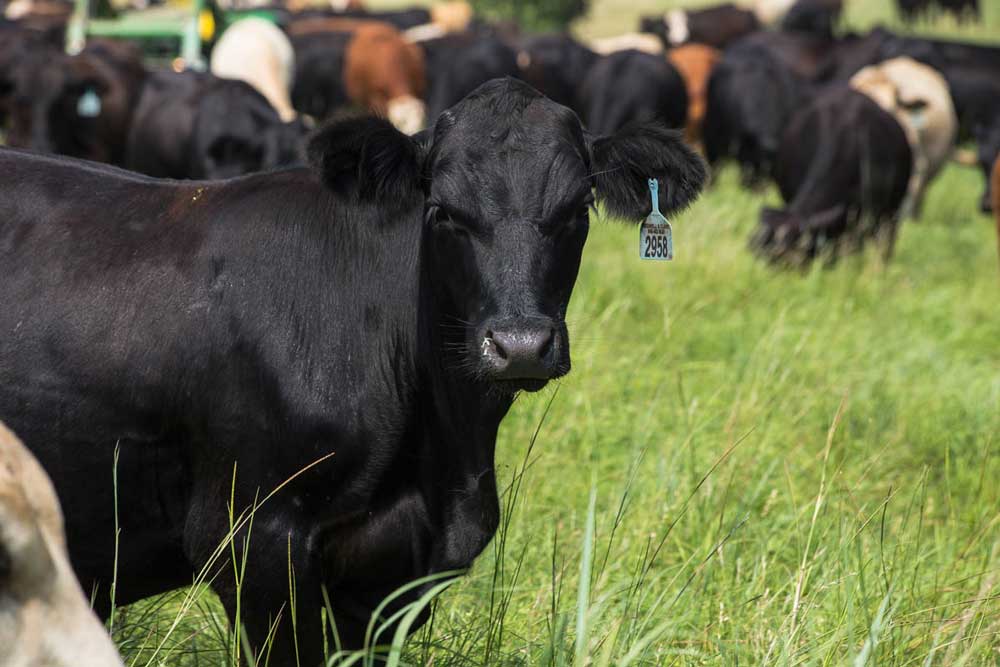 Although we often think of healthy soil in terms of fertility, soil’s role in the water cycle is fundamental and vitally important.  Good soil doesn’t simply hold water, it allows water to move through it at a pace that is right for life.

After a raindrop falls, the water can do one of three things: 1) run off into streams and rivers, 2) seep into aquifers, becoming groundwater, or 3) go back into the air, either through evaporation or a plant-based process called transpiration.  All three are important.  Even more important: how we treat land can make all the difference in proportioning these three flows.

One land management practice that can have a surprisingly large impact on the relationship between soil and water on earth’s largest land biome, grasslands, is grazing.  Grazing done poorly can create problems.  But grazing done well can have large positive benefits.

In one of the most comprehensive studies to date, scientists at Texas A&M studied the soil properties on four ranches in the Clear Creek watershed of North Central Texas and developed a watershed hydrology model to show the impacts of different grazing practices on water behavior.  They found that switching from conventional grazing to “multi-paddock” grazing, wherein land was grazed quickly then rested for long periods (a process that mimics the natural movement of grazing animals), led to:

This means more rainfall stayed in the pasture to help grow grass, and then the rest seeped more slowly into the groundwater and watershed outflow over time.  Another important payoff: the study’s hydrology model predicts that the improved soil conditions reduce the peak streamflow by roughly 25 percent, which “slows the flow” and reduces the risk of downstream flooding from extreme storms and weather events.

In a steadily growing stream of similar but less rigorous data sets, farmers and ranchers across America are similarly finding that changing how they graze lets them hold on to more of the water that falls on their land.  Gabe Brown of Bismarck, North Dakota has found his infiltration has increased from 0.5 inches per hour to more than eight inches per hour as a result of similar changes in grazing practices.  This means his land has become a vast sponge that made all the difference in weathering the hard summer drought of 2017.

Closer to home, a recent study on the Katy Prairie, upstream of flood-prone Houston, revealed that the restoration of two acres of native prairie would entirely offset the increased runoff from one acre of a new subdivision and reduce runoff by 35 percent in a 100-year flood.  Prairies and grazing ruminants like cattle were made not only for each other, but by each other.  Prairies need grazers as much as flowers need bees.

Stepping back just a bit further, we can see that the story about how watersheds respond to rainfall is actually a bit bigger than the soil properties alone.  Below are a couple of airborne photos of a small portion of the Katy Prairie that has undergone high development in the last 50 years – these show a striking contrast in the full watershed of Cypress Creek.  On the left, a snapshot from 1944, we can see the pock-marked landscape of “prairie potholes” – shallow ponds dotted across the grassland landscape.  In this setting, it’s easy to imagine a world with slow runoff and high evaporation and infiltration.  On the right, in 2016, it is obvious that our engineered systems lead to the opposite – fast runoff with little opportunity for evaporation.

It is no wonder that streams like Cypress Creek (traversing the field of view) have gone from a steady stream to sudden periodic floods as a direct consequence of that development.

We see water move, so we intuitively understand that flowing water is a good thing.  Somehow, we came to see soil as a static thing, but it, too, can change.  How we manage life above the soil can significantly change soil health and thus watershed performance.

In a state with vast areas of pasture and grassland, learning to manage livestock on land in a way that rebuilds soil health may be an untapped tool for reshaping the living waters of Texas.

For more information on how managing livestock on grasslands can impact grassland soil health, I recommend the short film “Soil Carbon Cowboys” by Peter Byck.