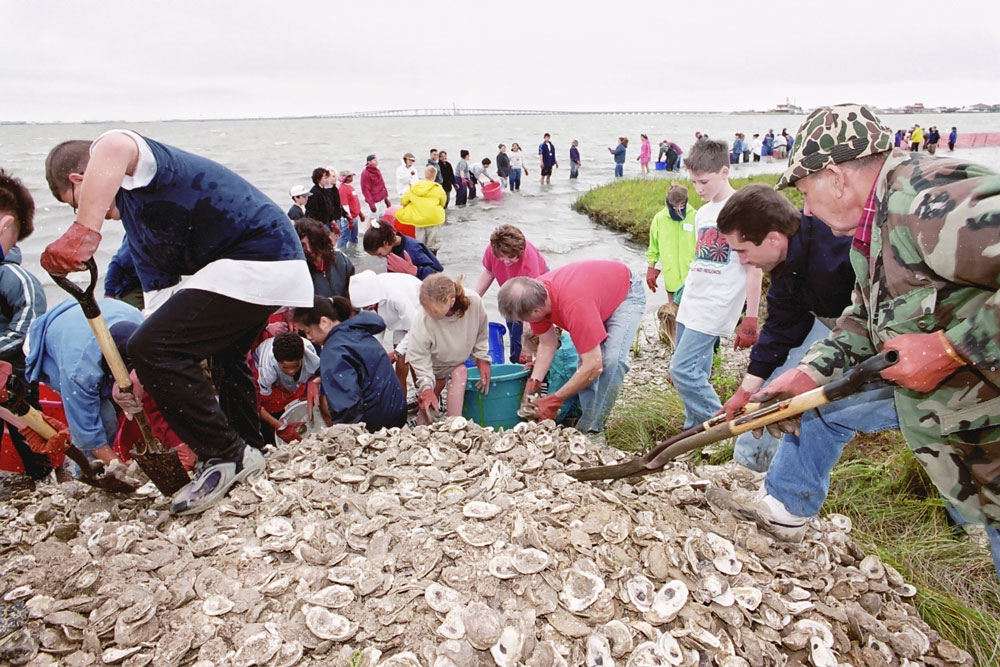 Galveston Bay needs thriving oysters. Here’s how you can help.

If you’ve ever visited the Texas Gulf Coast, it’s probably no surprise that the Galveston Bay isn’t just the most productive bay in Texas – it’s also considered one of the most productive in the nation. Despite this, the Bay is up against real challenges, including a gradual loss of its oysters.

The Eastern Oyster, or Crassostrea virginica, is common in Galveston Bay and considered a “keystone species.” This means that Eastern Oysters are essential to the Bay for several reasons, one of which is that many fish and wildlife would struggle to survive without them.

Hurricane Harvey’s total impact on Galveston Bay oysters is still unclear. Texas Parks and Wildlife Department’s oyster restoration specialist, Bill Rodney, is hopeful that sedimentation-related damage to oyster reefs will be less severe than expected. However, Rodney is concerned about how much the hurricane could have upset the Bay’s salinity levels; the intense freshwater rainfall has diluted the Bay’s natural balance of fresh and salty water, which oysters depend on to survive.

Unfortunately, Hurricane Harvey is just the most recent in a string of challenges facing Texas’ oysters. Galveston Bay’s oysters were already struggling with the following long before Harvey hit the Texas coast:

Why we need oysters

If these threats continue to make Galveston Bay’s oyster populations decline, this could have serious ripple effects on the Bay and beyond. Oyster reefs give shelter to young marine fish and shellfish that enter the nutrient-rich estuary from the Gulf to seek shelter, reproduce and to grow. This means the Galveston Bay’s fishing and crabbing opportunities, which are simply beyond this world, have oyster reefs to thank for their abundance.

Oysters naturally filter contaminants from the water. One oyster filters up to 50 gallons of water per day, keeping the Bay’s waters clean from the harmful chemicals and bacteria that stem from the highly urbanized centers of Houston and Dallas/Ft. Worth, and also from agricultural and farming activities.

Galveston Bay’s oysters are also central to Texas’ economy. As a stand-alone industry, oyster harvesting generates about $15 million annually. Before Hurricane Ike, this number was closer to $30 million, but it has declined as oysters have struggled to recover. Additionally, oyster reefs act as buffers against storm surges, provide shoreline stability and minimize flooding. The economic value of these kinds of services has been conservatively estimated at between $90 million and $1.5 billion in Texas, based on recent reef area estimates.

How you can help protect Texas oysters

The Texas Living Waters Project’s regional partner, nonprofit Galveston Bay Foundation, is a leader in protecting and restoring Galveston Bay oyster populations as a part of its mission to preserve the Galveston Bay. You can team up with them to help oysters in several ways.

Do you own a restaurant (or really love eating at them)?

Whether you’re a restaurant owner in the Galveston Bay area or you love a Galveston restaurant that serves oysters, you can make a difference with the Galveston Bay Foundation’s Oyster Shell Recycling Program. The Foundation partners with local restaurants to collect shucked oyster shells after patrons enjoy a tasty meal. The empty oyster shells are sun bleached for a minimum of six months to rid them of bacteria. Then, the shells are returned to Galveston Bay in oyster reef restoration projects which provide new homes for baby oysters and promote sustainable Eastern oyster populations. 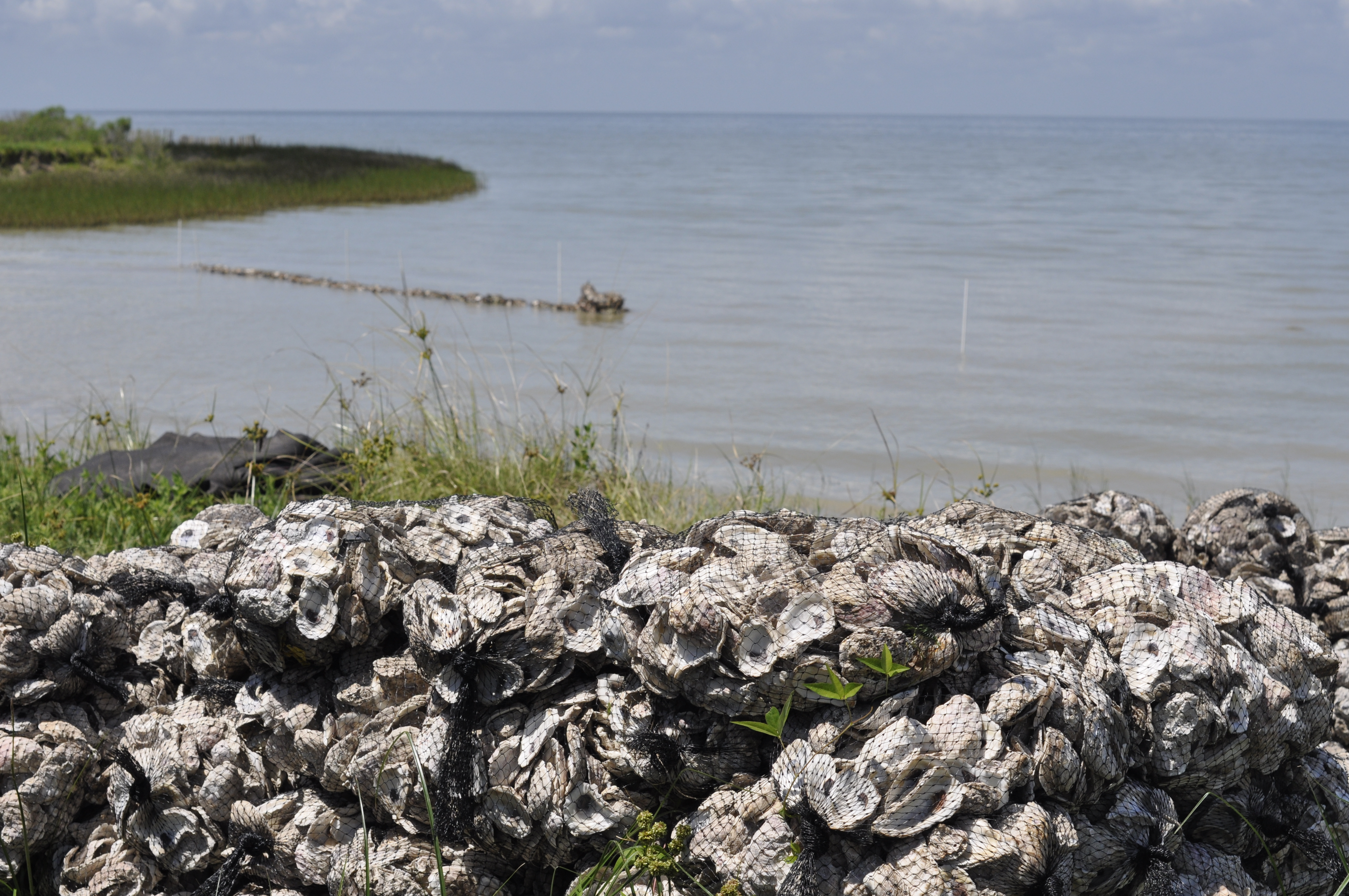 As of today, Galveston Bay has recycled a total of 689 tons of shells from restaurants. That is the equivalent to 1,173 cubic yards of shell! From this amount, a total of 208 tons have been returned to the Bay to build new oyster reefs. This has been accomplished through hands-on volunteer opportunities with schools, scouts and other groups seeking community service and research.

Do you own Bayfront property?

If so, you can hook up with Galveston Bay Foundation’s Oyster Gardening Program to restore oyster populations. Through the program, you’ll learn how help build up oyster reefs by hanging five pounds of oyster bags from your pier. 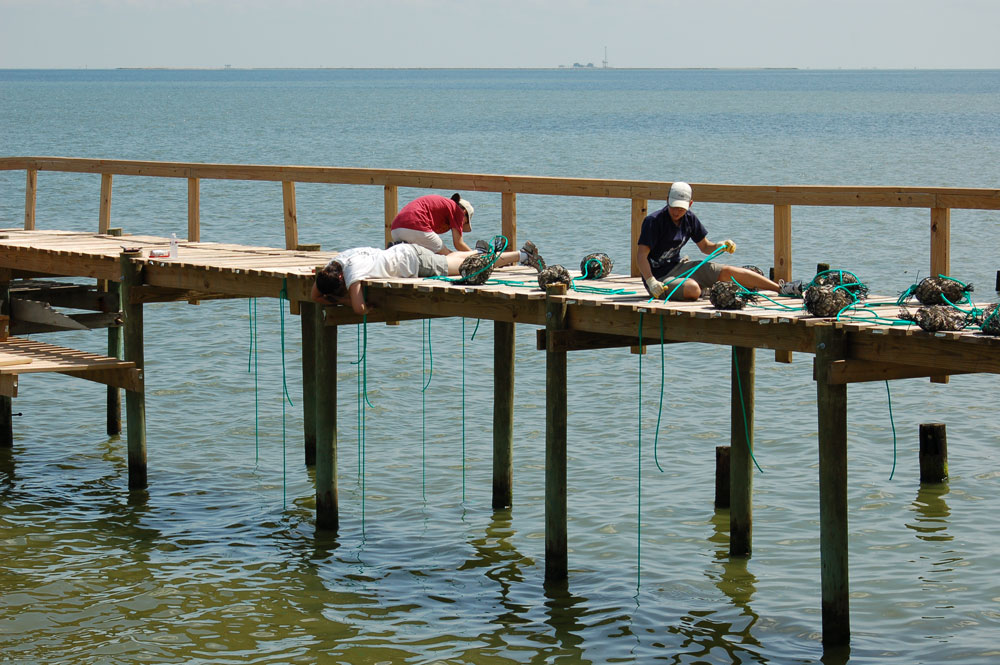 Thanks to this program, the Foundation has returned three tons of oyster shells to the Bay. Both the Oyster Gardening and the Oyster Shell Recycling programs are a celebration of oyster reef restoration through community engagement.

Will you set aside some time for our oysters?

Galveston Bay Foundation has frequent volunteer opportunities for any Texans who want to get their hands dirty and help protect our precious oysters. You can learn more about these opportunities on Sept. 19’s Membership Meeting, open to the public, where a panel of experts will share their insights and latest updates on oyster harvesting in Galveston Bay (registration is required).

After the most recent hit with Hurricane Harvey, Galveston Bay Foundation is committed to strengthening its efforts to ensure that oyster populations are preserved, protected and enhanced through additional restoration efforts.