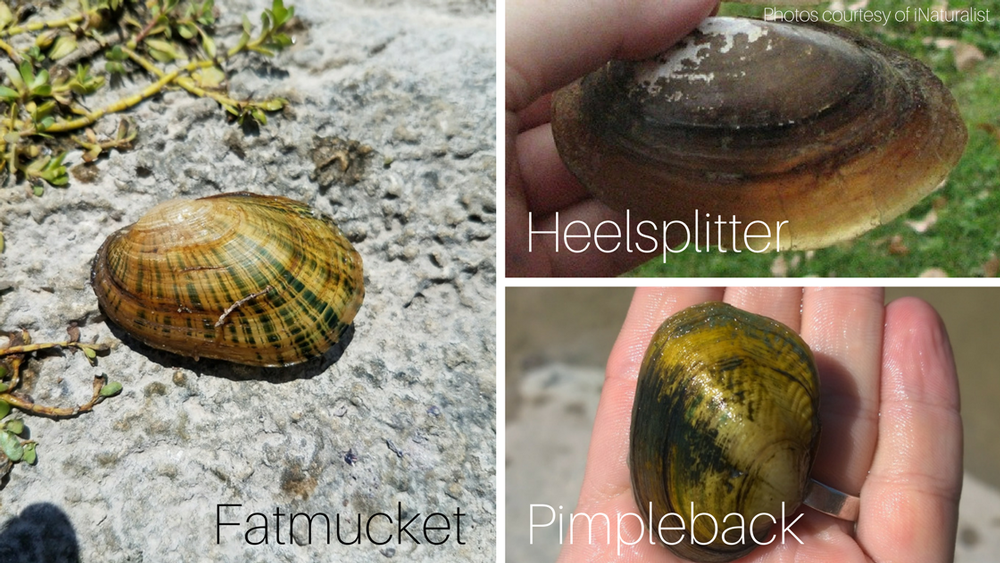 Wildlife populations around the world are declining rapidly, but as our streams and rivers face an onslaught of challenges, the outlook is especially poor for freshwater species. And, near the top of the list of species in trouble are 15 species of colorfully-named Texas mussels.

Texas is home to a sizeable portion of the about 300 mussel species native to the U.S., with 53 species of native mussels claiming Texas roots. Unfortunately, we haven’t treated these Texas natives very well, with 15 of those species currently listed as threatened by the State of Texas. Although being listed by the state wins mussels a little extra attention, it actually provides very little legal protection. In particular, the state listing doesn’t protect mussels against habitat degradation or destruction, which, these days, is the biggest threat to their continued survival.

In the not too distant past, mussels were collected in large numbers for their shells, which were used to make buttons and jewelry, and even for the occasional freshwater pearl. There are historical accounts of hundreds of people gathering mussels in the Caddo Lake area of northeast Texas before dam construction downstream backed up more water and put an end to it. The Llano River in central Texas was another mussel collection hotspot many years ago. 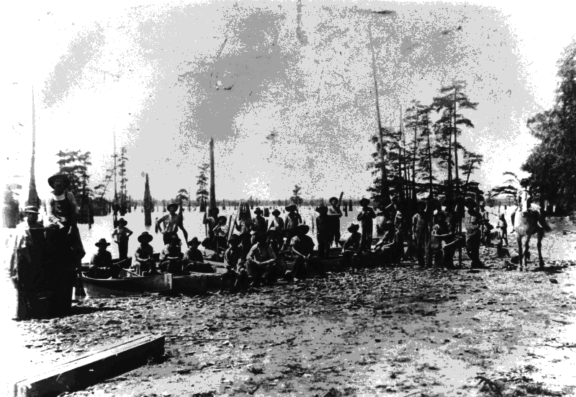 Between 1909 and 1911 at Caddo Lake there was a “great pearl rush,” as people flocked to harvest pearls from freshwater Texas mussels. Photo courtesy of My East Texas.

Problems for mussels are more complex now and more challenging to address. Mussels are at risk because of multiple factors, including:

Fewer mussels are bad news for Texas rivers and wildlife

Mussels can be thought of much like the proverbial canary in the coal mine, well, except they can’t fly —they can’t even swim; they are covered with a two-part shell instead of feathers; they spend part of their lives living on the gills of fish (something canaries rarely do); and they never go near a mine. But, other than that, they are just like the canary in the coal mine. Just as canaries once were used to detect signs of poor air quality in a mine, the declines in numbers and distribution of mussels in Texas signal an even bigger problem: trouble in Texas streams and rivers.

Human activities have a huge effect on water. As our population grows, we continue to withdraw more and more water out of streams and rivers for our (often inefficient) use, which means that during dry times, there is less of the flowing water that wildlife like fish and mussels need to survive. The hard surfaces in our massive cities also create increased runoff during heavy rains, generating artificially high flood flows that scour streambeds. On top of that, streams and rivers are where much of our pollution ends up. We treat our municipal wastewater to a certain level and then discharge it into rivers and streams, relying on them to finish the treatment job by assimilating that pollution. And, for good measure, we add in increasing amounts of untreated pollution that pour into rivers from many of our streets, highways, and agricultural lands.

That makes for hard times for aquatic species and particularly species, like mussels, that don’t have the ability to quickly move away when conditions in a stream or river go bad either as a result of declining flows or worsening water quality. As a result, mussel populations are declining rapidly. Unfortunately, mussels, ensconced in their hard shells and often buried part-way in the substrate at the bottom of a stream or river, are seldom seen and little loved, at least by people.

While mussels may not receive the same attention and fanfare as their more photogenic wildlife neighbors, these overlooked heroes play an essential role from their place at the bottom of the food chain. Mussels filter out tiny organisms and organic materials from the water, including pollutants. If not overwhelmed by pollution levels, healthy populations of mussels help keep rivers clean. They are also a food source at various stages of their life cycle for numerous other animals, including raccoons, river otters, fish, ducks, and herons. 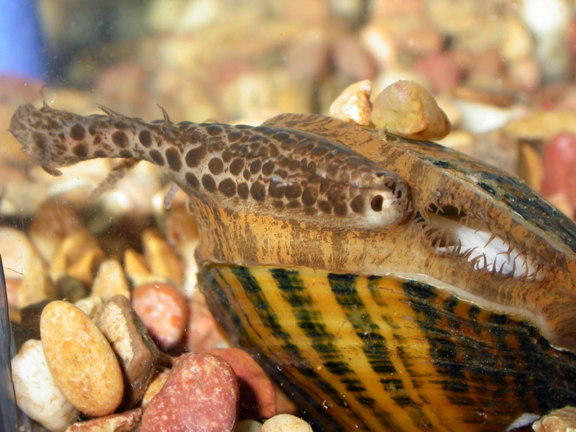 Sometimes mussels use a “lure” to attract fish so that they can attach to the fish’s gills. This lure is designed to look like a fish that would entice other predatory fish. Photo by Chris Barnhart

Just like rivers and many different wildlife species depend on mussels, mussels also need healthy rivers and fish to survive. Mussels have an unusual life cycle that requires the participation of an unwitting fish partner. Young mussels must attach themselves to the fish’s gills for a portion of their maturation process. Some species of mussels actually have a type of lure they use to attract fish so the mussel glochidia, or early life stage, have a better chance to attach. After hanging out on the gills of the fish, larval mussels drop off in a new location to begin their life as a sedentary adult – and the fish are pretty much none the worse for the experience. Because only certain fish species can host these mussel species, mussels also suffer when numbers of those fish decline. That means healthy mussel populations are only possible when we have healthy fish populations.

Because of their declining numbers and shrinking ranges, 12 species of mussels in Texas are in various stages of review for listing as threatened or endangered under the federal Endangered Species Act (ESA). Unlike Texas law, the ESA does help protect listed species against habitat loss. Included in those 12 species are the unusually-named Texas heelsplitter, Texas fatmucket, and smooth pimpleback.

The Texas Living Waters Project works to protect river flows for the benefit of all Texans, including Texas mussels. We’re fighting to keep rivers flowing all the way to the coast. As the U.S. Fish and Wildlife Service is considering whether to protect various Texas mussels under the ESA, we are working to make sure decisions are based on good science.

The Texas Comptroller has convened a stakeholder process that includes various scientific studies. A key purpose of that process is to assess whether there are voluntary measures that could be taken to convince U.S. Fish and Wildlife Service that federal listing is not needed to protect the species. The bottom line for us is that whatever decisions are made must be based on reputable science and must result in real protections for heelsplitters, fatmuckets, and pimplebacks and for the Texas streams and rivers they call home.

Myron Hess
Water Programs Manager/Counsel at National Wildlife Federation
When not working on legal and policy issues related to water quantity and quality, Myron likes to head outdoors in search of a bird, whale, crayfish, praying mantis, or just a cool plant. He also enjoys exploring Texas streams and springs, listening to singer-songwriters, traveling, and learning about new developments in science.

Why water conservation matters, even when it’s raining