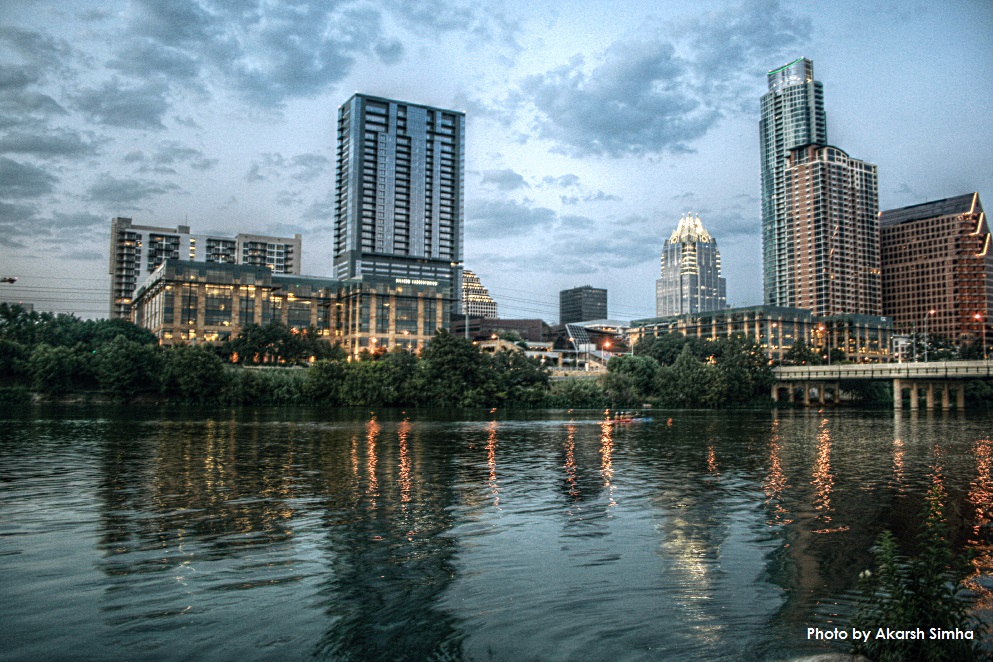 One of the clearest threats to the future of the Texas economy and the well-being of our communities is the lack of water. During times of drought, supplies are already stretched razor thin in many areas of the state – so, what will happen when our state’s population more than doubles in the coming decades? Millions of Texans could be left high and dry.

This is not an issue that we can afford to ignore, and last week the City of Austin took decisive action to ensure that its citizens will have the water they need by unanimously adopting “Water Forward,” an innovative 100-year water plan. This is the first plan of its kind in Texas, and it sets Austin apart as a leader in forward-thinking planning for water security.

Guided by a strong focus on water conservation and water use efficiency, the plan also aims to ensure that Austin remains a good neighbor by not grabbing water resources from smaller communities outside of our region. The principles underlying the plan call for strengthening the long-term sustainability, reliability, and diversity of Austin’s water supply by maximizing local water resources. The goal is to avoid severe water shortages during times of drought.  Many will recall that at the peak of our most recent drought, flow in the Colorado River from tributary streams was reduced to 10 percent of its normal level, and Lake Travis and Lake Buchanan shrank to only 30 percent full.

Water Forward uses an innovative strategy called integrated water resource management (also known as One Water), which looks at all sources of water – including nontraditional sources like rainwater, storm water, and wastewater – as possible resources to meet community needs. Austin has established itself as one of the very few cities with a water management plan that looks a full century into the future. Water Forward is also the first water supply plan in Texas to incorporate climate change into its future projections. It was developed by a wide range of stakeholders, who were brought together with the goal of planning for both drought- and flood-resilient communities. 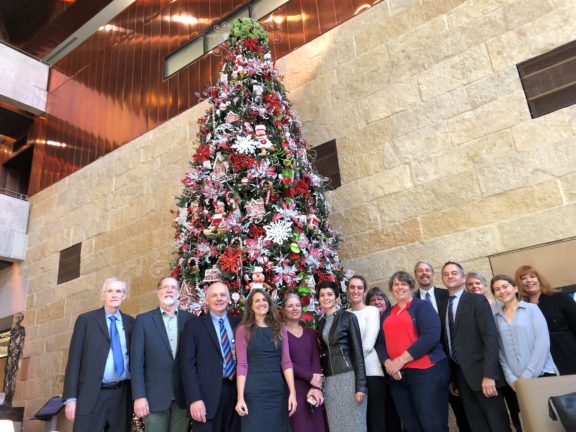 Here are some of the ways in which we expect Water Forward to shape a better future for Austin:

Austin is already a leader in water conservation, but this plan makes it clear that conservation is a high priority well into the future. A sizable portion of the Water Forward plan focuses on demand management, or policies and incentives to encourage Austin residents to use less water. Examples of these strategies include investing in metering technology to decrease water leaks and monitor excessive water use and incentivizing landscaping techniques that use less water.

Water Forward will dramatically scale up the amount of water Austin reuses for non-potable purposes, both through centralized distribution to water customers and on-site water collection and reuse. Through Water Forward, the City of Austin is committing to a scale of onsite reuse never before proposed in the United States.

The reuse solutions are based on the idea that potable water (drinking water) isn’t necessary for some uses, such as flushing toilets or watering lawns. For these uses, buildings will be encouraged to collect and reuse water resources already on their property such as stormwater, rainwater and air conditioning condensate, and to hook up to the city’s reclaimed water system. This means that instead of using potable drinking water for activities that don’t need highly treated water, like outdoor irrigation, we will use non-potable water. This saves potable water for potable demands.

Currently, Austin depends on the Highland Lakes reservoirs for water storage. We know that reservoirs are inefficient at storing water: large amounts of water evaporate from these lakes – especially during periods of extreme heat, when water access is even more critical. That’s why the Water Forward plan includes a strategy called Aquifer Storage and Recovery, or ASR. ASR involves pumping treated water into an underground reservoir, where it is stored so that it can be used at a later time. Austin plans to store water underground so that it can be used during drought.

4.  It sets the city up for self-sufficiency.

Through strategies like ASR, water conservation and water reuse, Water Forward focuses on fortifying Austin with local water supplies. This helps the city become more resilient in the face of challenges like growing water demands and inevitable drought periods, and makes it less likely that the city will eventually need to import water or take other drastic measures.

5.  It emphasizes social equity and affordability.

The Water Forward plan was developed alongside conversations with community members across the city. As the first phase of the plan’s recommendations are implemented in the next five years, the plan itself calls for “a thoughtful approach that protects public health, considers social equity, and maintains affordability and utility financial resilience.” Plan implementation will include time set aside for conversations with the community.

Our team is pleased to have played a role alongside our partners in Water Forward’s development and adoption. This is the type of plan that can serve as a model for communities in our wider central Texas region and beyond. We will remain an active participant in ensuring the plan is implemented in a way that looks out for Austin residents, along with the Hill Country’s magnificent aquifers, creeks, rivers and wildlife.

While we celebrate the passage of Water Forward, it is important to note that the plan that was just passed outlines a path forward with a set of recommendations.  These recommendations will now have to be turned into concrete policies that will ensure Austin’s water supply and protect our future.

As Austin implements its 100-year Water Forward plan, we challenge cities across the state to adopt their own bold and forward-thinking water supply plans. Texas is already a leader in renewable energy; next, let’s put Texas on the map as a leader in innovative water planning.

This material was produced by a coalition of conservation and education groups working to ensure that the Hill Country’s water future is equitable, resilient and secure. Collaborators include The Meadows Center for Water and the Environment at Texas State University, National Wildlife Federation’s Texas Living Waters Project, Hill Country Alliance and Environment Texas.

This project has been generously supported by the JPB Foundation through the Funders’ Network for Smart Growth and Livable Communities, an administrative partner in issuing and managing this grant. The JPB Foundation is a co-investor in the Urban Water Initiative with the Pisces Foundation. Pisces seeks ways to accelerate to a world where people and nature thrive together.

The view from Palacios: Takeaways from an environmental gathering on Matagorda Bay