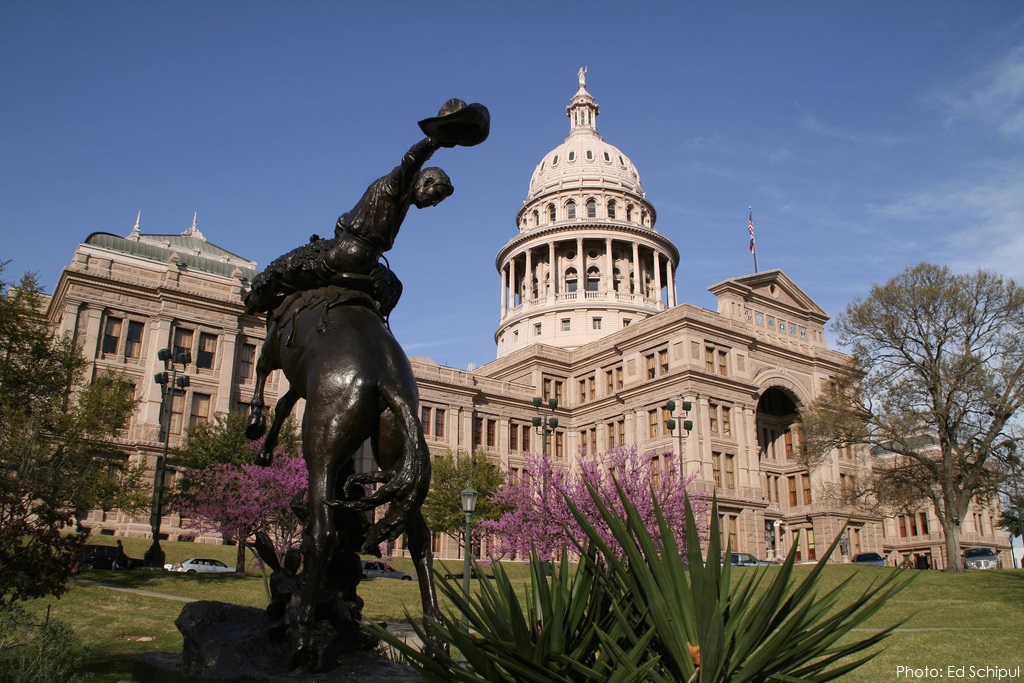 Did you miss what happened with water conservation this legislative session? We’ve got you covered.

In the recently concluded regular session marked by heated debates over bathroom rights and sanctuary cities, water was not a priority issue for the Texas Legislature.

Still, numerous bills related to water management were introduced and considered. Among those were bills to advance water conservation. Although not all were able to make it through the legislative gauntlet, some did. The bills that passed are seen by conservation advocates as positive, if modest, steps forward.

Key to the legislative guide.

An important impetus to several of these bills was the December 2016 report to the Legislature by the state’s Water Conservation Advisory Council. For the first time, due to legislation passed in 2015, the Council’s biennial report included recommendations on statutory changes and funding for water conservation. Members of the Council, acting as individuals or as representatives of their respective advocacy groups, were successful in getting the recommended statutory changes introduced as bills or included in other bills.

The Legislature enacted three of those recommendations in the following bills:

Unfortunately, one of the Water Conservation Advisory Council’s recommended statutory changes, which was embodied in HB 2240 (Rep Lucio), was not enacted. HB 2240 would have required certain recipients of state financial assistance for water projects to have enforceable “time-of-day” limits on outdoor watering (to prevent wasting water through evaporation during hot summer afternoons, for example).

The subject of outdoor landscape watering actually arose in regard to a seemingly unrelated piece of legislation that passed. That bill was SB 1172 (Sen Perry/Rep Geren).

Water conservation was the focus of another bill that passed the Legislature after a previous version was vetoed in 2015. The bill was HB 965 (Rep Springer/Sen Perry).

Other bills related to rainwater harvesting systems, setting per capita water use targets by region in regional water plans, and providing incentives for water-conserving landscapes or irrigation system controllers were introduced and – in some cases – progressed through the process but ultimately did not pass both houses. This legislation is likely to be seen in new bills in subsequent sessions.

In addition to legislation on specific conservation topics, the state appropriations bill that passed retained ongoing funding for the water conservation program activities at the Water Development Board. Although advocates of funding the state’s water conservation public awareness program – Water IQ, Know Your Water – were disappointed to see that the Legislature did not provide that money, the state’s strained revenue forecast had made that an unlikely prospect this biennium.

In general, however, the regular session of the 85th Texas Legislature saw progress in water conservation, including on issues identified in the Texas Water Conservation Scorecard released by the Texas Living Waters Project in 2016. Conservation continues to be part of the water discussion in Texas as the state seeks to address its water challenges.

Icons made by Freepik from www.flaticon.com is licensed by CC 3.0 BY

Ken Kramer
Volunteer Water Resources Chairs at Sierra Club - Lone Star Chapter
Ken provides an historical perspective on water issues in Texas with over 40 years of experience as a volunteer or professional working to protect and conserve the water resources and environment of the state. In his spare time Ken has backpacked in most of the states in the western United States and now spends much of his time managing his rural property in Austin County, which has been in his family for almost 100 years.

Lazy ways to protect rivers and wildlife without breaking a sweat